Your adventure in Isya begins in the city of Roumen.

This quaint town will be your home base until around level 20. Begin your adventure by talking to Elemental Helper Remi and get your first quest! 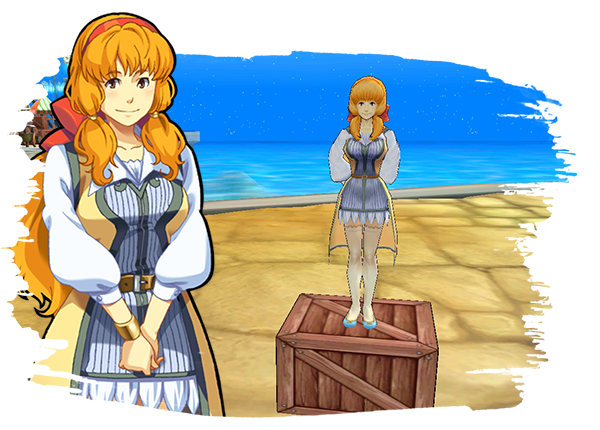 She will give you a few instructions and then send you to Healer Julia. 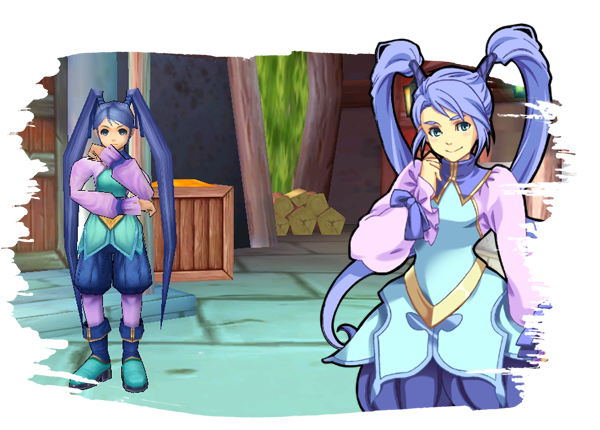 To locate NPCs (non-player characters) on the map, press the ‘M' button. Healer Julia is just up the steps to the right. Once you talk with Julia, she will tell you all about HP (Health Points – red) and SP (Spirit Points – blue) stones. These are used to refill your health and spirit when they get low. You receive a few free stones from Julia when you start your adventure in Isya and can always buy more from her. Julia will also give you your first quest – a monster hunt to kill Slimes and Mushrooms. They can be found in the forest at the edge of town.

Before you battle, check out your character stats. Hit "C" or click the Character icon in the bottom-right corner of the screen. You will see the following character attributes:

Your character begins the game with one free stat point and will receive an additional stat point for every increase in level.

Kill Slimes until you hit level 2. As soon as you reach your new level, a little duck will appear in the upper-right corner of the screen near the map. Click on the duck to learn about what new quests and tasks are available to you at that level. If an NPC has a full egg above their head, you can get a new quest from them. NPCs with cracked eggs above their head mean you are already working on a quest for them. Be sure to increase your stat points in your character window and get an extra boost to your attacks and skills each time you level up. To get your next quest, talk to Weapon Title Merchant Zach. 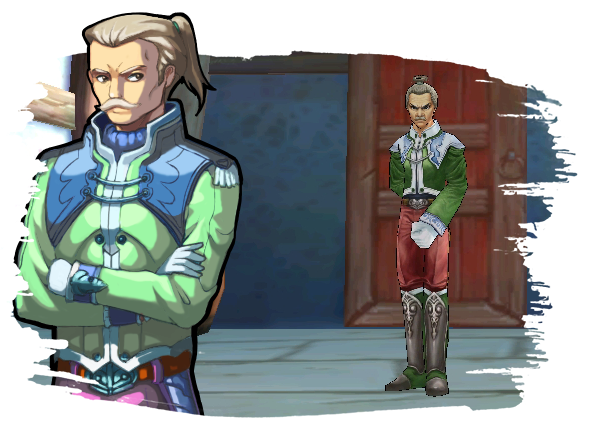 He needs you to kill 10 Slimes, 10 Mushrooms and 3 Imps (found in the Forest of Tides zone). Before you go out and hunt, walk down to Smith James and pickup another quest called Naughty Monsters. Since you are killing other monsters, might as well get another quest, right? Fiesta often has overlapping quests, so get as many as you can for each level

Some quest givers can have more than one quest to give out. Click the ‘Quest List' to see them all. Smith James asks you to kill 5 Speedy Slimes, 10 Imps, and 1 Hero Slime (a bit tough, so watch out!).

They are challenging for level 2 players to defeat, so wait until level 3 to try them. These enemies are found in the Forest of Tides – to reach it, head out of town and take the first left turn you find. Double-click on the portal to enter the zone.

After hitting level 4, you will unlock a new quest from Item Merchant Pey in Roumen. She needs help with a dangerous Mushroom Fighter boss and wants you to kill 20 Fire Mushroom minions.

Skills can be strengthened by using the ‘Skill Empower' button in the Skills window. Pull up the skill window by hitting the ‘S' key and click on the ‘Skill Empower' button. Drag a skill onto the Skill Power window into the empty slot next to the ‘Complete' button. Now you can increase difference aspects of the skill, like basic power (more damage), decrease SP used for that skill, increase effect time (useful for buffs) and decrease a skill's cool time (so you can use it more often). Choose wisely to make sure you get the best boost for your character. Once you hit ‘Complete' you use the skill points. You will receive one skill point every two levels, starting at level 3.

Be careful fighting the Mushroom Fighter, you may want to hit level 6 or form a group before you attempt to kill him. The fire mushrooms are also a bit tough, and you will have an easier time killing them at level 5. Fire mushrooms can be found out in Forest of Tides out on the beach, while the Mushroom Fighter can be found in the Forest of Tides down the right path.

By the time you hit level 5 you should be more familiar with Roumen, NPCs, and monsters in the area. Several new quests will be available and you should be able to purchase more skills from Skill Master Ruby. Storage Keeper Raina (found near the fountain) wants you to seek revenge and kill two Bored Imps, found in Forest of Tides on the beach.

Be careful though, Bored Imps come with a boss mob, the Gang Imp. Upon reaching level 5 Town Chief Roumenus (found near the fountain in Roumen) will also want to talk to you about Kingdom Quests.

These are unique adventures for as many as 15 players which is a fun way to adventure with your friends, fight tough monsters, and gain experience. See the Kingdom Quest Guide for more information. Once you hit level 6 Smith James has a quest to kill a Gang Imp and two more Bored Imps. You will probably need a party to take them all on at once, or try it at higher level. Attack one of them and they all come after you!

Storage Keeper Raina offers you a way to store items in your own secure bank. Once you place items and money there, they will be available to all your other characters on that server!

At level 7 you get even more quests and new skills to buy! Storage Keeper Raina offers a quest to kill 20 Slow Slimes in the Forest of Tides. Item Merchant Pey wants you to go kill 10 Crabs and collect 20 Claws, while Town Chief Roumenus wants you to investigate the disappearance of the villagers.

To investigate, head over to Sand Beach, find Echo Cave (right in the middle of the zone on the edge of the beach), and kill a Rookie Skeleton. Healer Julia even has a new quest – she needs sea mushrooms and starfish from the Forest of Tides to make HP and SP stones! These can be found in Forest of Tides in the woods and along the beach. Go talk to Weapon Title Merchant Zach and he will ask you to head to Sand Beach and kill 20 Little Hobs up the hill near the Lighthouse. They may be a little tough for you at level 8. Finally, Robin wants you to kill 20 Speedy Honeyings, which can be found on the beach in a new zone called Sand Beach. You can get to this zone by taking the second gate outside of Roumen (at the end of the forest) or take the gate in the Forest of Tides along the ocean.

Want to change how you look? Talk to Vietree in Roumen (by the horse), if you have a beauty shop ticket (bought in the Fiesta Store), you can change your hair style, hair color, and even choose a new face! The Fiesta store also has a ton of hot clothing options, cool rides, and even pets!

Once you hit level 9 Town Chief Roumenus will have a quest for you to kill Hungry Wolves in Sand Beach, near where the Little Hobs are up the hill by the Lighthouse. Be sure to watch out for the roaming Angry Wolf!

After you finish up all these quests you should be on your way to hitting level 10 which opens up a whole new set of challenges and quests further into the game. Enjoy Fiesta!